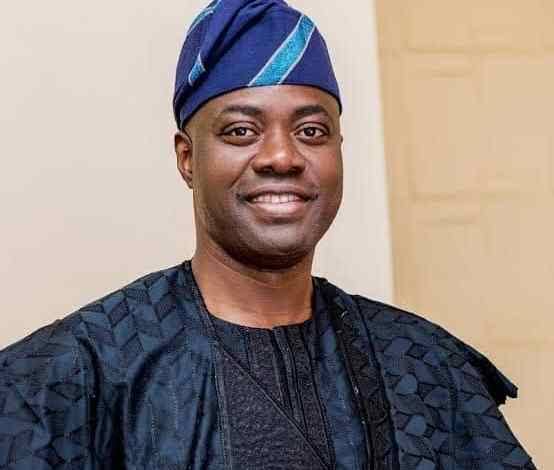 He is the incumbent Governor of Oyo state Nigeria who assumed office on 29th, May 2019, he is an Engineer and a subject matter expert on fluid and Gas Metering, he’s also an entrepreneur, politician and philanthropist. He was born on 25th December 1967.

This article is on Seyi Makinde biography, career and Net worth

Oluseyi Abiodun Makinde was concieved on the 25th December 1967 at Ibadan Oyo state, Nigeria , his father was a renowned teacher who later resulted to been an accountant, late Pa Olatubosun Makinde and Madam Abigail Makinde of Aigbofa Compound in Oja’ba, Ibadan. He is the third child of the family.

Oluseyi  Makinde was trained at Industrial Control Services in Houston, Texas on Safety Shutdown System; and Development of Analytical Competence for Managing Operations at Lagos Business School (now Pan-Atlantic University, He also had training in automation.

Also read, Ten highest paid actor in Nigeria (No 3 is a politician)

Seyi Mankinde  publicly declared his asset after resuming office as a governor in 2019. His assets was worth over 48 billion naira. Seyi Makinde is a businessman and politician who is worth billions of naira.

In 2007, Seyi contested for Oyo South Senatorial seat under All Nigeria Peoples Party (ANPP) but, lost to Kamoru Adedibu, the People’s Democratic Party candidate. In 2010, he also lost the Oyo South Senatorial seat, this time under the People’s Democratic Party. As a determined man, Seyi was not discouraged by the failure. Rather, he took it as a challenge and came back bigger and better.

In 2015, Seyi Makinde took the bold step by aiming for the Oyo State 2015 governorship ticket under the People’s Democratic Party (PDP). However, he was denied the nomination ticket after the party’s primary election.

Seyi Makinde, however, followed the saying that goes thus: failure is simply the opportunity to begin again, this time more intelligently. So, he decided to leave PDP to contest for the 2015 gubernatorial office under Social Democratic Party (SDP). But, lost eventually.

A year after, Makinde became the gubernatorial candidate of the People’s Democratic Party (PDP) for the 2019 Oyo State general elections after winning the primary election with 2772 votes.

Seyi Makinde’s dream of becoming the Governor of Oyo State finally came through in 2019. Eventually, He was elected into the office of the governor of Oyo State at the 2019 gubernatorial elections for Oyo State in March 9, 2019. He defeated Mr. Adebayo Adelabu of the All Progressives Congress (APC) with 157,639 votes.

He was sworn in on 29th May 2019 taking over from Senator Abiola Ajimobi after his eight years in office.

Seyi Makinde net worth is over 48 billion naira,making him one of the richest politician in Nigeria

Engr. Oluseyi makinde began his profession as an engineer at Shell Petroleum development company right after his NYSC where he handled and partake in severy key projects between year 1990-1992, he started work with Rebold Internantional Limited as an engineer (Eket operation) in 1992 and served for five years (1992-1997), he got appointed as field Manager in 1995

He established his debut business in 1997, Makon Engineering and Technical Services Limited (METS), after working for five years (1992-1997) with various international oil and gas companies (IOCs), as the Engineering  Manager. He is presently the Group Managing Director of Makon Group of Companies.

Seyi Makinde is happily married to Esther and they are blessed with three children.

JOIN US ON WHATSAPP & TELEGRAM BELOW

C Blvck Net worth: C Blvck Biography and Net worth