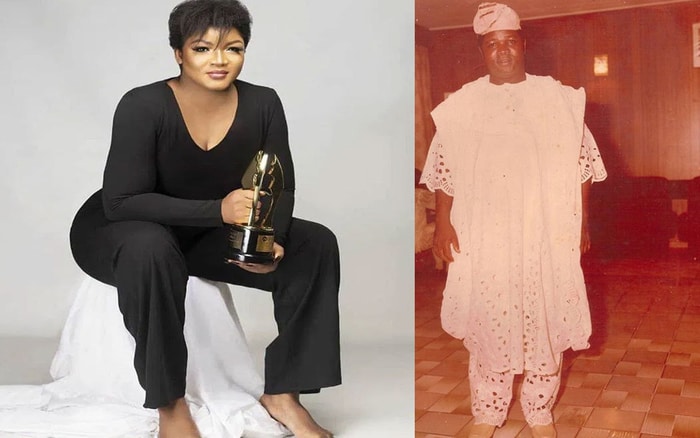 Celebrating her father on Father’s Day, Omotola took to her Instagram page and shared a photo of her late father.

Revealing how her late father died, the actress and mother revealed that her father, Sir Shola Jalade died at the age of 41 when she was only 12 years old.