Music executive, Soso Soberekon who was one of the Nigerians that turned up for the One Africa Music Fest in Dubai has debunked claims of Davido getting arrested.

There are reports online about Davido getting arrested in the early hours of today November 17, after stabbing one Michael aka Dream Chaser who is said to be the younger brother of Abu Abel, a Dubai-based record company CEO. It was also alleged that Davido missed his scheduled flight due to the incident.

However a quick check on Instagram revealed that Davido shared a new photo of himself taking a flight to the UK in a private jet. 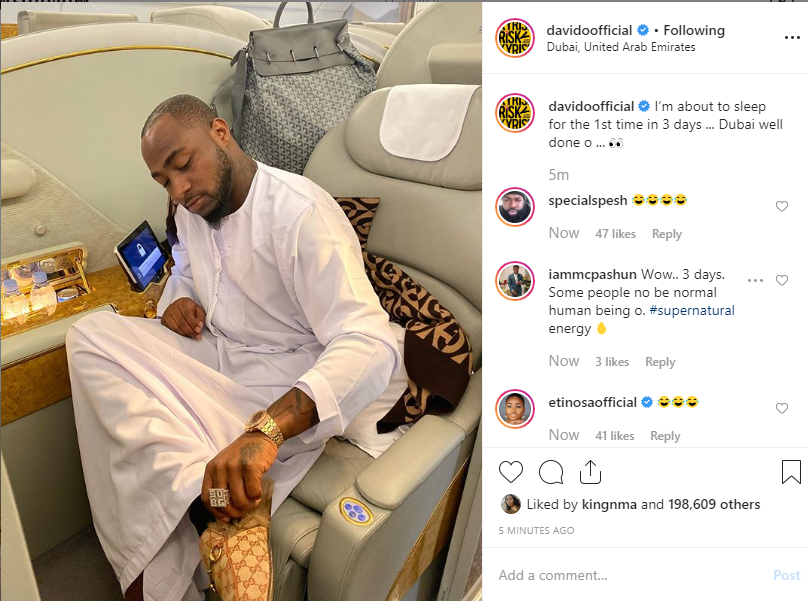 Soso Soberekon who also reacted to the report, revealed that Davido is on his way to support his artist Mayorkun who is holding a concert in London.

He wrote “Arrest? Lol davido is on his way to London to support his artist mayorkun”